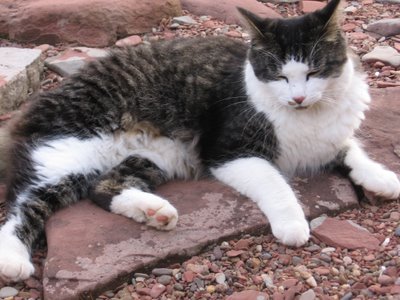 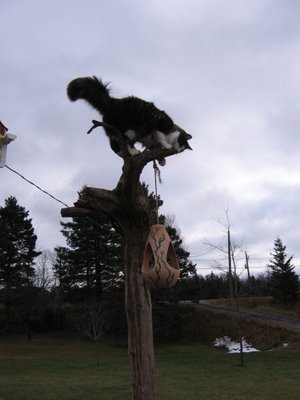 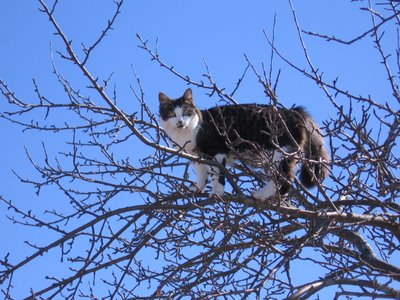 I've had an invite to submit to Feline Friday. I'm honoured. I have about a million cat photos of my three cats. Today I am posting Clarke. He has been missing for two and a half weeks but last night I heard of a possible sighting so as soon as it's light out, I'll be back out there looking for my precious puss.

Clarke is my daughter's cat and moved in with me at five months old, in May of 2005. I fell madly in love with him in about a half hour. A few days later I told her that of course she could leave home again but Clarke was staying with me.

I've had cats my whole like but none like Clarke. As soon as he sees any person he lies on his back with an invitation to rub his belly. He is the softest cat I've ever touched, feeling more like an angora rabbit than a kitty. I miss him so much! I constantly call his name in every direction from the deck. I keep imagining how scared and lonely he is, how hungry and cold he is, and it just breaks me up.

People keep offering me new kittens. They just don't understand.
Posted by Cuidado at 5:52 AM

Welcome to Feline Friday! I hope you find Clarke. He's a gorgeous kitty.

Thanks. He's gorgeous, soft, loving and I miss him terribly.

Cuidado
My camera is my constant sidekick. We love getting out together to share moments. My companion has a much better memory than I do.

In Memory of Clarke 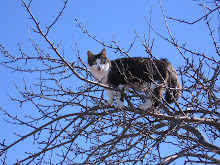